Home » About the Festival

IFF Panama will take place in four distinct venues across Panama City: Teatro Balboa, Teatro Anita Villalaz , Mirador del Pacífico on Cinta Costera II, and Cinépolis Multiplaza. Each venue offers a unique viewing experience and the opportunity to enjoy a choice selection of some of the finest films in the world.

The 50's reissued at Teatro Balboa

IFF Panama added a stunning space to its screening circuit: Teatro Balboa. Built by the Panama Canal Company in 1950 to provide entertainment to the residents of so-called Canal Zone of Panama City, Teatro Balboa's thousand-seat capacity and elegant environment transport viewers to a different point in time.

In the late seventies, Instituto Nacional de la Cultura (INAC) took possession of the theatre, which they continue to manage today, to give Panama City a place to host a wide range of artistic and cinematic presentations. Since 2016, Teatro Balboa serves as headquarters for the International Film Festival of Panama.

Cinepolis' modern cinema complex, located in the trendy Multiplaza Pacific shopping center, hosts thousands of IFF Panama spectators. As with each other venue, audiences witness and are invited to participate in exchanges with directors, actors and other special guests drawn to Panama by the International Film Festival of Panama. 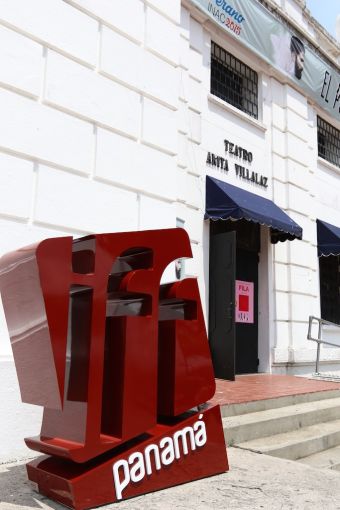 Named for a renowned, era-defining actress in Panama, the Teatro Anita Villalaz began operating as a theatre in 1996, having previously served as the courtroom of Panama's Supreme Court of Justice. Intimate and multifaceted, Teatro Anita Villalaz regularly hosts exhibitions, films, seminars, concerts, and other artistic & cultural events. Special screenings, retrospectives, and the characters of powerful movies mark Anita Villalaz Theatre as one of the central hubs of IFF Panama.

The American Trade Hotel (ATH) will serve as the headquarters of the fifth edition of the International Film Festival of Panama, which will take place on April 7-13, 2016. For a third consecutive year, the renowned hotel will host special guests as well as many of IFF Panama’s events, including its conferences, master classes and workshops, among others. Additionally, the ATH will house the festival’s press office and various information stands for the national and international media and members of the cinematic industry.

ATH opened its doors in 2013 in a beautifully restored building of Panama City’s Old Quarter and is considered one of its architectural jewels. Similar to the films IFF Panama showcases every year, this fascinating hotel will surround its guests in an atmosphere rich in details, and full of elegance and history.